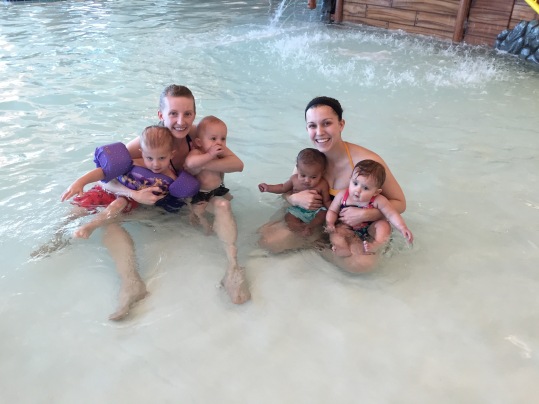 You’ll quickly learn through my ramblings, if you didn’t already know this, that I don’t like being told that I can’t do something. When faced with a dilemma of being told something is impossible or that there is no way it can be done, I often think,

And then I go on to see if it is in fact out of my reach. I remember, when I was pregnant with Taelynn, someone told me that I was throwing my life away by having kids so young. I thought that was a little silly and my “never upset” husband actually became angry at the comment. However, it got me thinking about things that I could still make possible even with kids.

Two kids later and I still am determined to have a great experience through this journey, not just for my kids, but for me! Matt and I do what we can to make any adventure possible. Road trip to Las Vegas, no problem! What about a road trip to California, BRING IT! Romantic evenings aren’t dead. Goodness, I am even working to get my Real Estate License. My point is kids have never “gotten in our way.” They actually make life a lot more fun for us. 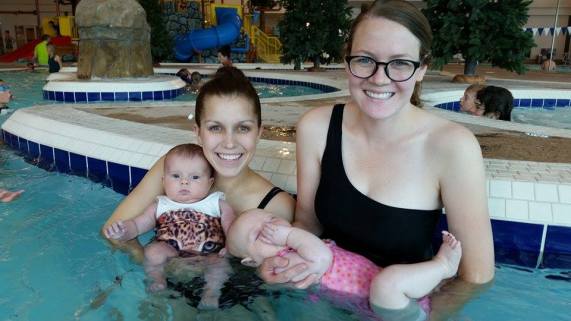 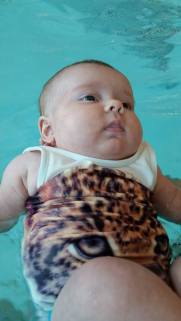 (Pictures from the first time Taelynn went swimming. It just happens to also be at the Provo Rec Center.)

Swimming was one of those things I was questioning the possibility of. Before Tyce was born, Taelynn and I would go all the time. BUT, adding another baby to the mix makes staying a float a little more challenging.

My awesome SIL is here visiting with her perfect little boys, Ben and Andy. Of course, like any 3 year old, Ben wants to get out and have adventures! So after thinking about it, I decided why not join them at the Provo Rec Center. I was slightly terrified. I packed the swim bag, made sure we had enough diapers, got the kids ready to go and a short hour later we were finally out the door.

We got to the Rec Center and I was approached with my typical questions of,

“Are they both yours?”

But I guess in a way every mom is a permanent babysitter. 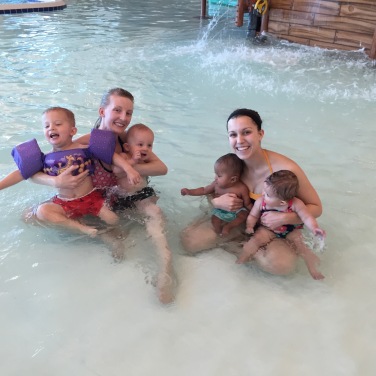 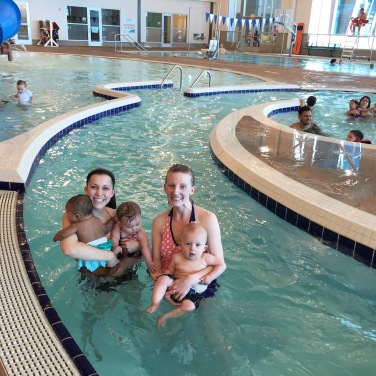 Then we finally made it to the pool.

My children are scared of tubs of water… They are shower babies. So sitting in water up to their waist in the kiddy pool was a little traumatic. They literally were gripping each others hands and hugging each other around the waist. It was adorable to see! If I wasn’t in water I would have had a million more pictures as proof.

As they started warming up to their new surroundings, I could see their eyes light up as they started to have some fun. I braved the water, and took advantage of their clinginess, and we made it over to the lazy river. Lazy might not be the best way to describe it, as I was trying to juggle two children that decided they liked floating around.

One woman failed to realize that the section of pool she was in was designed for kids, as she kept giving my kids dirty looks and shoving past me…but not everyone can have fun swimming I guess… 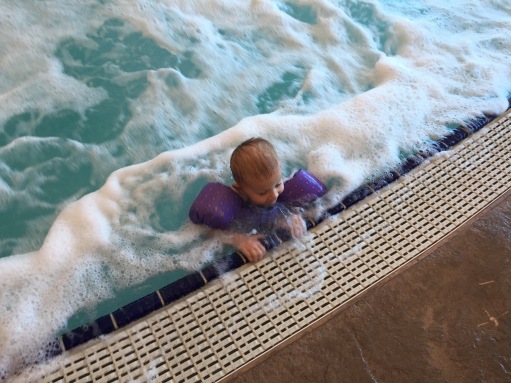 Taelynn really got excited by the end and was giving everyone that passed her a full body wave. Seriously, there is not a more animated wave in the world. I made a little barrier with my legs because Tae kept trying to swim off to play with her cousins because she is obsessed with them (the water was only about 4 inches at the deepest where we were). Tyce enjoyed looking at the water from the safety of my arms. He had a death grip on my swim suit that you wouldn’t believe, and Taelynn kept checking to make sure he was ok. 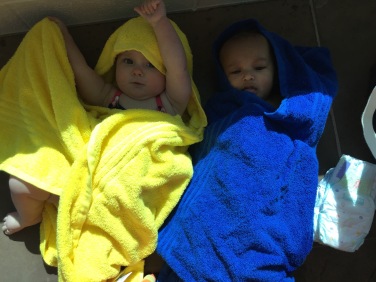 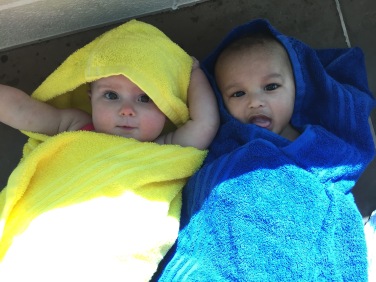 After they kids decided they were worn out (because holding onto mom is hard work) we packed ourselves up, slowly but surely, and made our way to the car. Tyce was asleep before we got to the parking lot and both were asleep by the time we got home. Let’s just say the moral of the story is, if I have stuff to do, take the kids swimming because they will sleep for hours!! 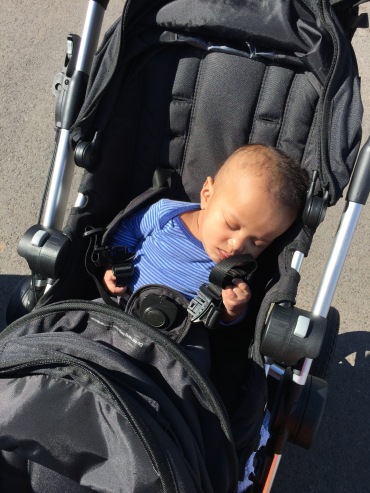 I would say the day was a SUCCESS!

One thought on “Water Babies”

We are the Bosen's! Our two little munchkins are Taelynn and Tyce. We give Irish Twins a new definition with two kiddos that are only 3 months apart. Life is the grandest adventure and we are making sure we take full advantage.